What Is the Operating Cash Flow Ratio? 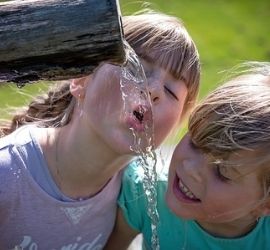 The operating cash flow ratio is a measure of how well cash flows generated from a company’s operations are covering current liabilities. The ratio can reveal a company’s liquidity in the short term.  Using cash flow as opposed to net income is considered a cleaner or more accurate measure.  This is because income and earnings can be more easily manipulated.  A high number—greater than one—indicates that a company has generated more cash in a period than what’s needed to pay off current liabilities.

The ratio provides insight into the financial health of the business. If you’re an investor, it may indicate that a business needs more capital.  However, it’s always important to look at operating cash flow coverage ratio alongside other liquidity ratios.  Metrics like the cash ratio and quick ratio.

A company generates revenues—and deducts the cost of goods sold and other associated operating expenses.  These include expenses such as attorney fees and utilities. Cash flow from operations is the cash equivalent of net income. It is the cash flow after operating expenses have been deducted.  But, before the commencement of new investments or financing activities.  Investors tend to prefer reviewing the cash flow from operations over net income.  This is because there is less room to manipulate results. However, cash flows from operations and net income should be taken together to provide a good indication of the quality of a firm’s earnings.   Current liabilities are all liabilities due within one fiscal year or an operating cycle, whichever is longer. They are found on the balance sheet and are typically regarded as liabilities due within one year.

The operating cash flow ratio is a measure of the number of times a company can pay off current debts with cash generated within the same period. A high number, greater than one, indicates that a company has generated more cash in a period than what is needed to pay off its current liabilities.  An operating cash flow ratio of less than one indicates the opposite.  That the firm has not generated enough cash to cover its current liabilities. To investors and analysts, a low ratio could mean that the firm needs more capital.  However, there could be many interpretations.  Not all are indications of poor financial health. For example, a firm may start a project that compromises cash flows temporarily but yields great rewards in the future.

Failure to maintain a positive OCF is a warning flag.  It notifies investors that the company may eventually face solvency issues in the long run. A negative OCF highlights that the company does not have enough revenues from its major business activities.  It needs to produce a positive cash flow from additional investments and financing.  The ratio serves as a measurement of the company’s liquidity.

Companies with gradually increasing and high ratios are regarded as strong businesses in good financial health.

Cash Flow from Operations refers to the amount of money a business generates from ongoing business activities. Current Liabilities refers to all the obligations that are due within one year.  This includes accounts payable and short-term debt.  Knowing how to calculate operating cash flow to current liabilities isn’t too complex.  You simply divide cash flow from operations by current liabilities. For example:

Company ABC has a net cash flow from operations of around $260,000.  They have current liabilities of $125,000. Using the operating cash flow ratio formula:

Companies can manipulate OCF ratios. But, it is not as prevalent as manipulations involving net income figures. For example, some companies deduct depreciation expenses from revenue.  In spite of the fact it does not represent a real outflow of cash.  Depreciation expense is an accounting convention that is meant to write off the value of assets over time. As a result, companies should add depreciation back to cash in cash flow from operations.

Regardless, it’s important to remember that there are limitations associated with the operating cash flow coverage ratio. Most importantly, it is possible to manipulate cash flows – therefore giving an inaccurate picture of your company’s OCF ratio – although this is much more prevalent in ratios using net income. For example, some businesses deduct depreciation expenses from revenue even though this isn’t a real cash outflow. (Source:gocardless)

The ratio is not the same as the operating cash flow margin or the net income margin.  The latter include transactions that did not involve actual transfers of money.  For example, depreciation is a common noncash expense that is included in net income calculations but not in operating cash flow. The OCF ratio is also not the same as EBITDA or free cash flow. Working capital is a component of operating cash flow.  Therefore, investors should be aware that companies can influence this metric.  By lengthening the time they take to pay the bills, they can overstate their cash.  Also, shortening the time it takes to collect what’s owed to them will accelerate the receipt of cash. Also, by postponing buying inventory can again overstate cash reserves in the short term.

The ratio is a measure of a company’s liquidity. If the operating cash flow is less than 1, the company has generated less cash in the period than it needs to pay off its short-term liabilities. This may signal a need for more capital. Thus, investors and analysts typically prefer higher operating cash flow ratios. It is important to note, however, that having low OCF ratios for a time is not always a bad thing. If a company is building a second manufacturing plant, for example, this could pay off in the end when the plant generates more cash.

What is Cash Flow From Operations?

It is important to understand the concept of cash flow from operations, also called operating cash flow.  This figure is in the numerator of the OFC ratio.  Operating cash flow (OCF) is one of the most important numbers in a company’s accounts. It reflects the amount of cash that a business produces solely from its core business operations. Operating cash flow is closely watched by investors.  It provides vital information about the health and value of a company. If a company fails to achieve a positive OCF, the company cannot remain solvent in the long term. A negative OCF indicates that a company is not generating sufficient revenues from its core business operations.  It therefore needs to generate additional positive cash flow from either financing or investment activities.

Up Next:  What Is an Arm’s Length Transaction?

An arm’s length transaction refers to a business deal in which buyers and sellers act independently without one party influencing the other. These types of dealings occur when both parties act in their own self-interest and are not subject to pressure from the other party.  Additionally, it assures others that there is no collusion between the buyer and seller. In the interest of fairness, both parties usually have equal access to information related to the deal.

In an arm’s length transaction, both parties are acting in their own best interest. That means they have negotiated fairly on price.  Also, neither party is giving the other one a deal better or worse than the market would dictate because of an existing relationship between them. An arm’s length transaction is one that takes place as if the two parties involved had no pre-existing relationship. If two people are at arm’s length from each other, they aren’t too close for the sake of a fair deal.  Therefore, it is priced in line with market expectations. 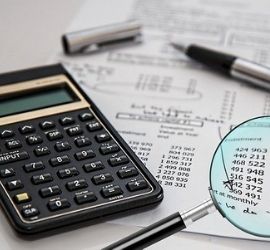 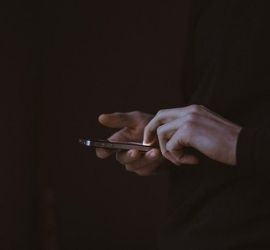 What is ACH Withdrawal? An ACH withdrawal is when funds are electronically pulled directly from a checking or savings account.  It can […] 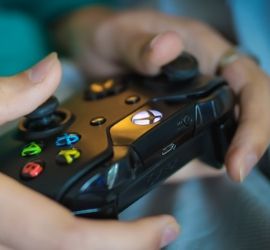 Steam ID – What is it? Steam allows multiple people to have the same username at once. This makes getting the display […] 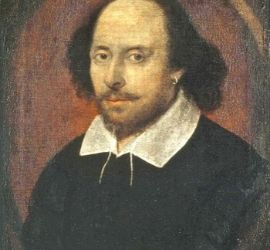