What Is an Arm’s Length Transaction? 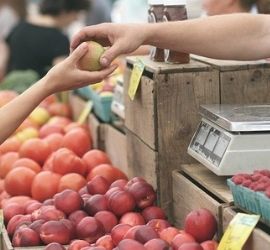 An arm’s length transaction refers to a business deal in which buyers and sellers act independently without one party influencing the other. These types of dealings occur when both parties act in their own self-interest and are not subject to pressure from the other party.  Additionally, it assures others that there is no collusion between the buyer and seller. In the interest of fairness, both parties usually have equal access to information related to the deal.

In an arm’s length transaction, both parties are acting in their own best interest. That means they have negotiated fairly on price.  Also, neither party is giving the other one a deal better or worse than the market would dictate because of an existing relationship between them. An arm’s length transaction is one that takes place as if the two parties involved had no pre-existing relationship. If two people are at arm’s length from each other, they aren’t too close for the sake of a fair deal.  Therefore, it is priced in line with market expectations.

The parties involved in an arm’s length sale usually have no pre-existing relationship with each other.  These types of deals in real estate help ensure that properties are priced at their fair market value.  Deals between family members or companies with related shareholders are not considered arm’s length transactions.

Arm’s length transactions are commonly used in real estate deals.  This is because the sale affects not only those directly involved in the deal but other parties as well, including lenders.  If two strangers are involved in the sale and purchase of a house, the final agreed-upon price is likely to be a close approximation to fair market value.  This assumes that both parties have equal bargaining power and equal information about the property. The seller would want a price that’s as high as possible, and the buyer would want a price that is as low as possible. Otherwise, the agreed-upon price may not accurately reflect the actual fair market value of the property.

An arm’s length price is a price that a willing buyer and a willing seller would reasonably agree to.  It assumes the buyer is trying to get the lowest price possible and the seller is trying to get the highest price possible. It’s also important for an arm’s length transaction that there be no undue pressure on any of the parties.  Additionally, both parties should have all of the same necessary information.

In real estate, an arm’s length transaction is when the buyer and seller each act in their own self-interest.  Each tries to get the best deal they can. In most sales, a seller is trying to make a profit, while the buyer is trying to pay the least amount of money possible. To resolve this discrepancy, both sides agree to meet in the middle and sell the home for its fair market value. In fact, this is how most real estate transactions play out.

An arm’s length transaction in real estate has a direct impact on financing by a bank. It also affects municipal or local taxes.  It can even influence accurately setting comparable prices in the market.

Example of an Arm’s Length Transaction

Alan is looking to sell his house as he is moving to another country. His older brother, Andrew, is coincidentally looking for a house to purchase. Before accepting offers, Alan gets an appraisal for the house and determines that the fair market value of the house is $1,000,000. Alan receives an offer from a stranger for $850,000 and from Andrew, who is short on cash, for only $800,000.

Defining what doesn’t count as an arm’s length transaction can be a bit tricky.  This is because it’s hard to identify whether or not someone is acting in self-interest or in the interest of someone close to them. Any relationship where one party is felt to have significant power over the other or where the two are close enough to work together in their joint interest is a warning signal.

In general, family members and companies with related shareholders don’t engage in arm’s length sales.  Rather, deals between them are non-arm’s length transactions. A non-arm’s length transaction is also known as an arm-in-arm transaction.  It refers to a business deal in which buyers and sellers have an identity of interest.  It applies to buyers and sellers that have an existing relationship, whether business-related or personal.  For example, it’s unlikely that a transaction involving a father and his son would yield the same result as a deal between strangers.  This is because the father may choose to give his son a better deal than to a stranger.  Tax laws throughout the world are designed to treat the results of a transaction differently when parties are dealing at arm’s length and when they are not.

An arm-in-arm transaction is a deal made between two parties who are both interested in the same outcome.  It is the exact opposite of arm’s length.  In some transactions, the seller has to give a warranty that all aspects of the transaction have been conducted at arm’s length. If that was not the case, the buyer could be entitled to damages.  If a transaction is not carried out at arm’s length, it can cause difficulties from a tax standpoint. For example, the IRS could determine that the amount below fair value at which you sold your house to your son and daughter-in-law was a gift.  It would have to be treated as such for tax purposes.

Fannie Mae and Freddie Mac are government-sponsored enterprises that guarantee and purchase mortgages.  They require the parties to sign an arm’s length affidavit for short sales.  These are real estate deals in which the seller owes more on the property than they will receive from the buyer. Fannie Mae and Freddie Mac do that to prevent family members from making a special deal.  Arm-in-arm transactions aren’t necessarily illegal.  But, they may result in tax consequences.  Or, they may prevent you from obtaining financing from a lender.

For example, the sale of a house between father and son is taxable.  Tax authorities may require the seller to pay taxes on the gain he would have realized had he been selling to a neutral third party. They would disregard the actual price paid by the son.  In the same way, international sales between non-arm’s-length companies, such as two subsidiaries of the same parent company, must be made using arm’s length prices. This practice is known as transfer pricing.  It assures that each country collects the appropriate taxes on the transactions.

In an arm’s length transaction, both parties are acting in their own best interest.  Neither party is giving the other one a deal better or worse than the fair market value.  If the parties in a deal have an existing relationship, they should use intermediaries to negotiate and their final price.  Ultimately, it should be in line with the market price determined by an independent appraisal or valuation.  Transactions that are not at arm’s length aren’t necessarily illegal.  But, they may face scrutiny from the IRS or prevent the buyer from obtaining financing.

Up Next: What is the SEC Yield?

The SEC yield is a standard yield calculation developed by the U.S. Securities and Exchange Commission (SEC).  It allows for fairer comparisons of bond funds. It is based on the most recent 30-day period covered by the fund’s filings with the SEC. The yield figure reflects the dividends and interest earned during the period after the deduction of the fund’s expenses. It is also referred to as the standardized yield.

The yield calculation shows investors what they would earn in yield over the course of a 12-month period.  Of course, this is only if the fund continued earning the same rate for the rest of the year.  The 30-day SEC yield requires every fund to calculate this particular yield number the same way.  The 30-day yield doesn’t represent the actual yield of a mutual fund.  However, it provides investors with a projected estimate of earnings. This calculation is based on the current market value on the date of the calculation.  It provides a backward look into the fund’s actual, recent 30-day history. 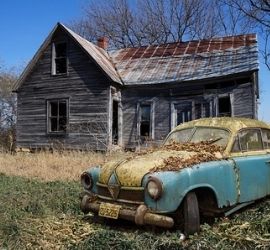 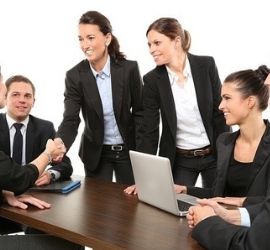 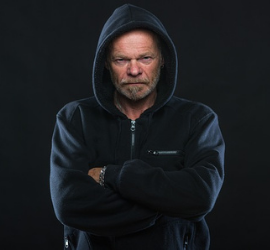 What is an NSF Fee for Non-Sufficient Funds? An NSF fee describes the fee charged when a check is presented but cannot […] 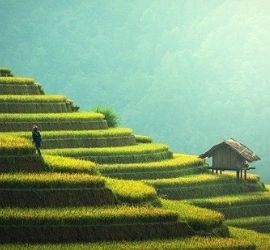